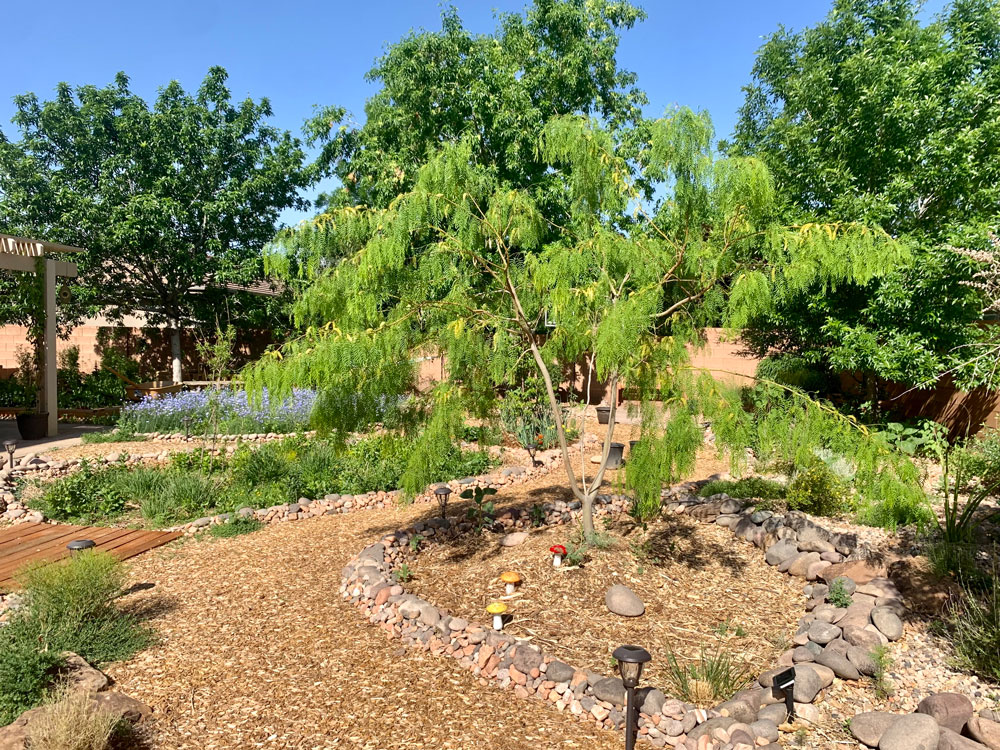 Landscaping with native plants not only conserves water but it supports riparian zones which are often damaged with new development. A xeriscaped landscape design can employ beautiful greenery and color.

CSU’s vision for both short-term and long-term regional water supply in Washington County is conservation first.

Proven water conservation methods will sustain our region’s required water supply for decades to come if we implement them now rather than later. Coupled with conservation is the need to price the true cost of the water we use so that economic market drivers force users to make informed decisions about their use. The last piece of the water puzzle is smart growth. The unbridled, “first place-in-the-nation” growth we are experiencing in Southwest Utah is not sustainable, strains our precious water supply, and threatens the “livability” of our beautiful home.

Together, conservation, price, and smart growth can drive down our total regional and county water use even as our populations grows.

We live in a desert here in Southwest Utah. Our region “enjoys” only about 10 inches of total precipitation annually, compared to the US national average of about 38 inches. Utah as a whole is the second driest state in the US based on many precipitation measures.

At the same time, we use water at a rate of about 275 gallons per capita per day (gpcd). Until recently, our region’s water usage exceeded 300 gpcd – triple the national average of 100 gpcd. By comparison, Las Vegas uses less than 110 gpcd in a climate that is on average 5-10 degrees warmer than Washington County. Phoenix and Tucson, with hotter, drier climates than Washington County, also achieve similarly low water use as Las Vegas. Melbourne, Australia, which also suffers from periodic, severe droughts, uses only 84 gpcd!

Water pricing is both the problem and the solution. Utah currently has some of the lowest water rates in the country. For over 150 years, Southwest Utah has had subsidized water rates that do not reflect the true cost to supply that water. The result has been wasteful water use practices that will be hard to break. Compared to other cities in the Southwest, Washington County has nearly the lowest minimum price for per gallon of water delivered. And except for Moab, it also has the least aggressive tiered pricing system for water deliveries.

Increasing water rates here will be difficult politically and require a sea change in public sentiment to implement. However, smart water pricing has been shown to be extremely effective in other places in the Western US in reducing overall water use. Better options for us include increasing overall water rates to reflect the actual cost of supply and using tiered rates above a minimum monthly water usage level as well as stiff surcharges on excessively high individual water users.

Lastly, there is the issue of smart growth. Washington County is the fastest growing county in the nation, according to the 2020 US Census. It has been near the top of fastest growing regions since 2000, at a rate of more than 4% population increase per year. Additionally, drawn by our beautiful, local, easily accessible nature and the proximity to all of Utah’s Mighty Five National Parks, 6 million visitors came to Washington County in 2021.

There have been multiple city and county “visioning” and planning efforts to manage growth smartly since the turn of the 21st century here, but they are soon forgotten once the ink is dry. In short, after 22 years of megadrought and bullish growth and development, we are in desperate need of a regional smart growth plan that is universally adopted, effective, and utilized methodically by the elected leaders, residents, businesses, and developers in our region.

What Our Future Southwest Utah Water Story Could Be

With the proper leadership from our elected leaders and support of a public that increasingly recognizes the need to conserve our precious water resources, it is time to build a water conserving culture like Las Vegas and our other bigger city neighbors in the Southwest. That is a culture where:

Only in these ways can we conserve our way to a livable region in Southwest Utah for a long time to come. The technology and practices already exist and are proven. Now it’s up to all of us to apply them for a successful, long-term outcome. 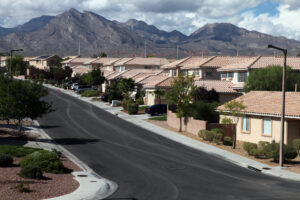 Desert homes in Las Vegas use far less water than other cities with similar climate.

Not only are cities like Las Vegas using less water, sustained water conservation efforts are driving water use rates down year-over-year. Between 2002 and 2020, total metro water use in Las Vegas decreased by 47% while the population increased by more than 50%. Until Las Vegas did it, no one thought it could be done – conventional wisdom had held that water consumption always goes up with population growth.

Las Vegas’ conservation success story did not happen by accident. It was the result of a having a dry climate; an extremely low Colorado River water allocation under the 1922 Compact; and an aspiration to grow into a significant Western US city with a thriving, largely tourism-based economy. Almost 30 years ago, looming metro region water shortages forced the elected city and county officials to become serious about water conservation.

These trend-breaking reductions in water use were accomplished in part through significant capital water infrastructure projects like the treatment and return of all residential wastewater to Lake Mead. Residents were also incentivized to conserve water through rebates to tear out curb strips and yards of water-guzzling grass and landscape, replacing it with xeriscape watered only by drip irrigation. These are just two examples of a slate of water conservation measures implemented methodically by elected officials and the Southern Nevada Water Authority (SNWA).

This water success story also took leadership and political resolve; partnering with the local hotels, casinos, and business community; calculated risk-taking; some new technology development and application, creative strategic and tactical thinking; persistence; and a lot of money (of which there was a significant return on investment). However, none of this success could be realized without the support of the public. After a huge public education effort, Las Vegas residents internalized the message that water conservation is critical or else the city would face dire consequences. This resulted in a public “water conservation culture” that has a momentum of its own now in reducing current water usage in Las Vegas.

How is CSU Helping?

Joan Meiners, The Spectrum, The Water Tap: Farewell, and final words on what to watch for in water, Here

Please fill out this form to tell us what's on your mind.