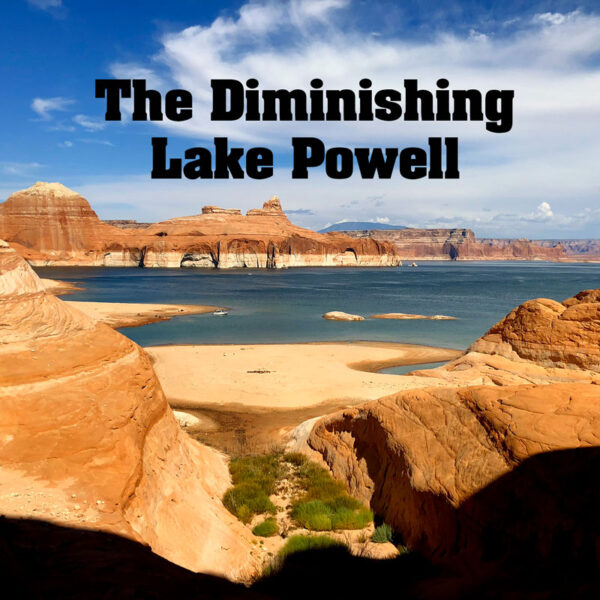 The year 2021 has been another busy year for CSU’s Water Works team, the Board committee that follows priority water issues. Here are the important developments that kept us hopping this year.

COVE RESERVOIR is an off-stream reservoir project proposed by the Kane County Water Conservancy District to divert water from the East Fork of the Virgin River in Zion National Park and deliver it twenty miles upstream for the benefit of ranchers and farmers.

The East Fork of the Virgin is a federally designated Wild and Scenic River where it flows through Zion National Park and diversions will impact its wild properties, harm the watershed’s ecosystem, impact healthy river flows, and put indigenous fish species on the chopping block.

CSU wrote and submitted extensive comments on the initial draft Environmental Assessment (EA) addressing these concerns. Additionally, we registered our request, as did many others, urging a stronger environmental review on this project. These requests got the attention of the U.S. Department of Agriculture, and an Environmental Impact Statement (EIS) is now required. This is a big win for conservation!

We expect the scoping and EIS process to begin in early 2022. CSU is prepared to engage in the process and will keep you apprised of your opportunity to do the same.

COLORADO RIVER AUTHORITY of UTAH (CRAU) was established this year by way of House Bill 297 in the Utah State Legislature. One primary concern was a lack of transparency regarding conflicts of interest for individuals serving on this new board — something that caught the attention of many across our state.

CSU informed our members and the public about this legislation and our concerns, including Utah’s continued focus on securing its “rights” to the Colorado River and building the Lake Powell Pipeline. We successfully delivered comments to crucial legislators and requested changes. The bill was adopted with two amendments that improved overall transparency. Unfortunately, unusual protections allowing conflicts of interest for CRAU Board members stayed solidly in place.

CSU is also concerned that the CRAU appears to be positioning itself for a fight with the other Colorado River compact members over a claim on the Colorado River’s declining flows to justify the Lake Powell Pipeline. We expect that the intent of the CRAU will be revealed in 2022.

CSU Board Member Bryan Dixon attended CRAU meetings in July, August, and September and kept us informed. Bryan also made a request that the authority provide real-time remote access for its public meetings which has been denied.

UTAH’S DRAFT WATER RESOURCES PLAN was released for public review and comment in late September. The plan establishes actionable goals for the state to accomplish by 2026. CSU board members reviewed the plan in detail and submitted a 50-page document detailing the insufficient aspects of the plan and our recommendations for it. We notified the public and our members about the plan and provided an online commenting guide.

The most striking issue in the plan is Utah’s intention to take even more water from the dwindling Colorado River for the Lake Powell Pipeline, while calling for only minimal conservation efforts. The state asserts rights to a specific quantity of water, rather than a percentage of water allocated to the Upper Basin states under the Upper Colorado River Basin Compact, which Utah agreed to and signed in 1948.

We are disappointed that the plan continues to press for the Bear River Project in northern Utah and Lake Powell Pipeline in the south. We had hoped for a greater focus on concrete targets for reduced water use. The plan will be finalized by the end of 2021, and we hope, but don’t expect, our concerns and recommendations will be incorporated.