Lake Powell Pipeline: When Will it Reappear? 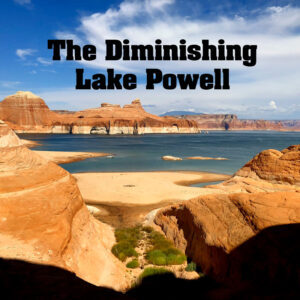 We last reported on the Lake Powell Pipeline (LPP) in the November 20, 2020 Bulletin with the headline “Back to the Drawing Boards”. When are we likely to see this project reappear?

To the casual observer the Lake Powell Pipeline (LPP) seemed to disappear from the spotlight faster than Lake Powell is receding. Many readers will remember that the LPP Draft Environmental Impact Statement (DEIS) received 14,000 public comments, many of them negative. At the very end of the comment period the other six Colorado River Compact states submitted a letter threatening legal action to stop the LPP if Utah did not pause the process to negotiate consensus about the withdrawal of water for the LPP.

That letter clearly describes their concerns, the legal issues, and the possibility of legal action:

“As Governors’ representatives of the Colorado River Basin States of Arizona, California, Colorado, Nevada, New Mexico, and Wyoming, we write to respectfully request that your office refrain from issuing a Final Environmental Impact Statement (FEIS) or Record of Decision (ROD) regarding the Lake Powell Pipeline until such time as the seven Basin States and the Department of the Interior (Interior) are able to reach consensus regarding outstanding legal and operational concerns raised by the proposed Lake Powell Pipeline project.”

“Moreover, we believe the probability of multi-year litigation over a Lake Powell Pipeline FEIS or ROD is high, and that certain Law of the River questions properly left to discussions and resolution between the states are likely to be raised in such suits. That is not a recipe for creating the kind of meaningful and positive change needed to sustain the Colorado River in the coming decades.”

Early in November 2020 the Utah Department of Water Resources and the Washington County Water Conservancy District announced that they were withdrawing the DEIS to allow more time to address the thousands of comments. One cannot help but conclude that the letter from the other six Compact states also figured into this decision.

Since that announcement, the LPP approval process has gone silent with no official updates or schedule for reissuing a DEIS. However, on May 12, 2021, in a joint agency Zoom meeting, Rick Baxter from the Bureau of Reclamation (BOR) gave a verbal update that included the following points:

We have no formal notice of these verbal comments and no notice of a schedule for the supplemental DEIS.  Since an agreement between the Compact states is required to proceed on the DEIS, we may not see a supplemental DEIS for months, if not years. The disagreement between Utah and the Colorado River Compact states was a primary reason for the creation of the Colorado River Authority of Utah as discussed in the previous posting in The Dirt.

When will the Lake Powell Pipeline reappear? No one knows!

We will keep you posted.