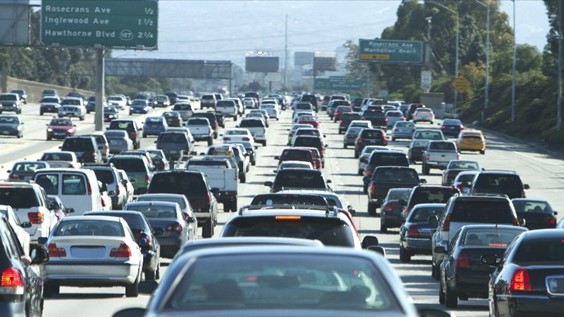 As a general rule, urbanization and infrastructure go hand in hand.  It’s natural to assume that constructing more roads and adding lanes to existing roads will accommodate the increase in vehicles, ease traffic congestion and speed up travel times.

Not so fast.  Surprisingly, new roads do not reduce congestion on their own and, in fact, often make it worse in the long run.  It turns out that as fast as communities build roads, traffic actually increases and the problem not only remains unaddressed, but becomes ever more dire.

Experts have discovered that adding travel lanes often leads to even more vehicles fighting for space.  “Induced travel demand” occurs when expanding road capacities or adding to the number of roads in a particular area not only fails to reduce congestion but actually increases it.  ((Drivertribe, “Does adding an extra driving lane make traffic worse?”) Simply put, we can’t build our way out of traffic tie-ups because it’s the roads themselves that create them.

Why does this happen?  One of the biggest factors is that roads encourage mobility, allowing people to live farther away from where they work, shop and recreate.  Urban sprawl naturally creates more distance from point A to point B.  In a self-perpetuating cycle, retailers and other businesses spring up as the new corridors emerge, further driving up vehicle numbers. We can see this happening right now as commercial development spreads up and down I-15.

Overall, the United States has spent decades and hundreds of billions of dollars on building and widening roadways – 30,511 new freeway lane miles in the largest 100 urbanized areas between 1993 and 2017, which represents a 42 percent increase in travel space, while the population in these regions has grown only 32 percent (Transportation for America, “The Congestion Con: How More Lanes and Money Equals More Traffic”).

Yet, the traffic congestion persists and worsens.

If more roads are not the answer, what is?  No single easy solution exists.  However, revamping our transportation funding priorities is a critical starting point which would strike at the root of the problem and, ultimately, provide a solid platform for significant change.  Localities that proactively strive to merge transportation planning with sustainable land use goals should be rewarded with increased funding for doing so. Favoring concentrated urban development, bringing destinations closer together, managing driving demand and offering viable alternatives to automobile travel are basic principles that have the potential to make a real difference.  Communities must commit to analyzing how well their transportation systems connect their citizens to their daily destinations and prioritize projects that not only improve these connections, but also take into account the impact on the natural environment.

It goes without saying that building more roads has an inevitable negative effect not only on our public lands but on our lives.  More roads equal more development, elevated carbon emissions, higher levels of noise/light and destruction of wildlife habitat.  In the relentless pursuit of more roads, irreplaceable natural resources are destroyed.  Opportunities for future generations to experience an unspoiled, natural environment are forever lost.  Here in Southern Utah, we have already started down this “road to nowhere” with the ill-advised push for adding the Northern Corridor Highway through the Red Cliffs National Conservation Area and the similarly short-sighted proposal to build Long Valley Road through Fort Pearce Area of Critical Environmental Concern, public lands specifically designated to protect threatened and endangered species.

We need to think long and hard about sacrificing our precious public lands and open space in the false hope that more roads will solve traffic problems.  They won’t.  Superior alternatives have unfortunately been rejected by authorities without a sound reason or with no reason at all. There are alternatives that do not require the extreme environmental encroachments that have become increasingly frequent and that cause our public lands and urban residents to suffer.  Common sense demands that we choose a different route.

Melinda Kaye is an attorney and writer dedicated to conservation and preserving our public lands. We are proud to have her on the CSU team!