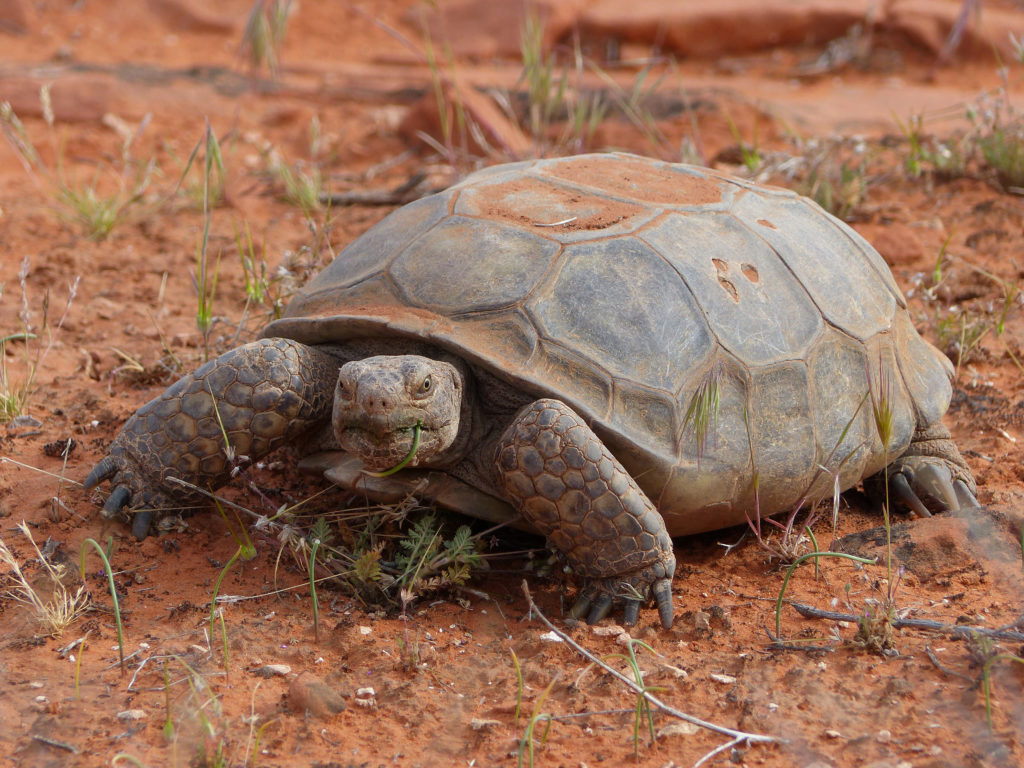 Biologists are testing new methods to rehabilitate Mojave Desert Tortoise habitat in the Red Cliffs and Beaver Dam National Conservation Areas. Over 25% of the tortoise habitat in Red Cliffs and large sections of the Beaver Dam Wash NCA were devastated by fires in 2005 and 2006, killing an estimated 15% of the tortoise population from the fires themselves or the sudden loss of protective and nourishing native habitat. The desert tortoise is still struggling to recover over 10 years after the fires.

After spending over $1 million on aerial reseeding with only a 5 to 10% success rate, biologists searched for other ways to restore the diversity of native plants to meet the needs of the tortoise. The Nature Conservancy suggested that planting container-grown native plants could be a cost effective restoration method, creating fertile “islands” of native plants that would disperse seed to establish new generations of these plants over the landscape.

With the financial backing of The Nature Conservancy, the BLM, Utah Watershed Restoration Initiative, Utah Division of Wildlife Resources, Washington County, National Fish & Wildlife Foundation, and with UNLV managing the propagation of locally gathered native seeds, the project was off and running. Nearly 5000 plants were planted in the Beaver Dam Wash NCA and 1000 in the Red Cliffs NCA in fall 2016.  The BLM hired American Conservation Experience planting crews for the Beaver Dam Wash plots. Utah Division of Wildlife Resources along with volunteers from SUNCLF, Dixie State University, The Nature Conservancy and GSA volunteers planted the Red Cliffs plots.

In order to achieve a targeted 80% success rate and to determine the best planting methods, the plots are regularly monitored and inventoried. After two months, the success rate of those plants wrapped with protective wiring had a success rate almost 20% higher than those that were not protected with a survival rate of approximately 20%. Those caged plants also appeared to be more vigorous plants. Various watering methodologies to ensure soil moisture retention are also being evaluated.

These ongoing evaluations of the plots will lead to best practice methods for future plantings. How successful the dispersion of the seed plants into expanding the native plant habitat beyond the plots will be a long-term monitoring project in itself and will be the ultimate criteria of the project’s success.