Scoping is the First Step in the NEPA Process

Conserve Southwest Utah invites you to take part in the National Environmental Policy Act process (NEPA) for the proposed Northern Corridor Highway and Zone 6 mitigation. When an entity (Utah Department of Transportation) applies to an agency (BLM and USFWS) to build a project (the Northern Corridor Highway) on federally-owned lands (the Red Cliffs National Conservation Area and Red Cliffs Desert Reserve), NEPA is triggered. NEPA relies on public comment to help analyze the environmental and socio-economic impacts of the Northern Corridor Highway in addition to a range of alternatives that could alleviate the growing traffic congestion in Washington County.

Scoping is the first step in the NEPA process. It is the gathering stage, when BLM requests the public to help identify all issues that need to be later analyzed by scientists and technical experts in the Draft Environmental Impact Statement (DEIS). Your input will be used in the process of preparing the DEIS, a lengthy document that discloses all impacts the highway would cause to our environment, community, economy, health and quality of life. With your help during scoping, the DEIS will likely be prepared in June 2020.

Below are the stages in the NEPA process. Ignore the placement of the star. We are at the “Conduct NEPA Scoping” stage. This is the first public comment opportunity. The 2nd opportunity will be the Draft EIS. 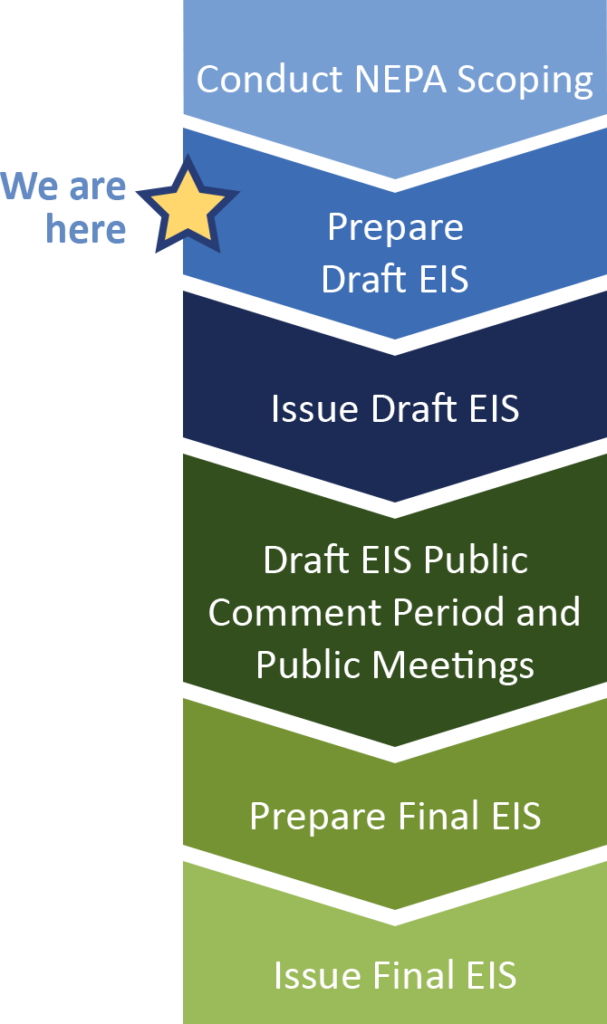 Stages in the NEPA Process.

During scoping, you can express your concerns and raise possible issues, alternatives and mitigation measures, i.e., possible methods of reducing the severe impacts of the Northern Corridor Highway. Please remember that it is important to request BLM and USFWS to analyze not just the direct impacts (those caused by the action that occur at the same time and place), but the indirect (later in time and farther removed in distance) and cumulative (incremental impact of the action when added to other past, present, and reasonably foreseeable future actions regardless of what agency or person undertakes such other actions) of the highway as well. 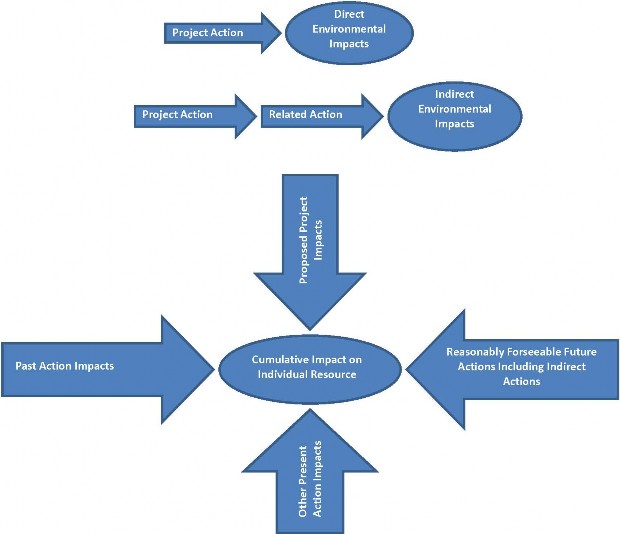