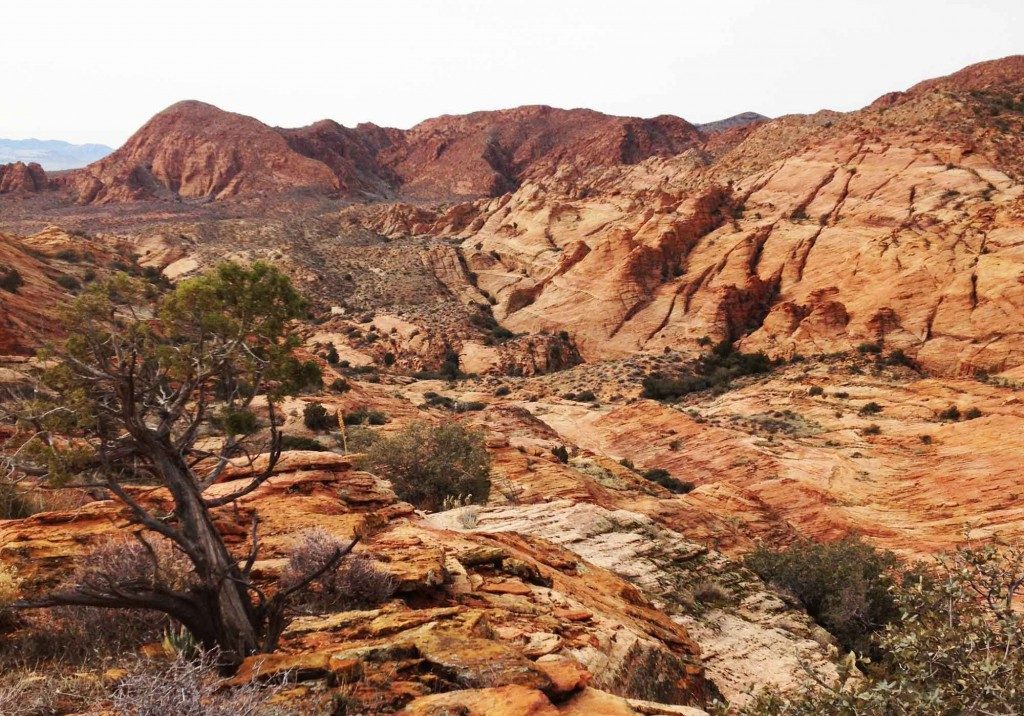 2. I am now working as (job title) or retired as (job title). On (date), I joined Conserve Southwest Utah and have supported its mission to protect public lands ever since.

3. I moved to Washington County over (number) years ago to be close to my favorite places in the desert and to get away from the air pollution, traffic and cold winters in Salt Lake City. I also moved to return to my southern Utah roots. My paternal grandmother (name) grew up in (city in Washington County). I used to spend time at my (name’s) house in St. George when I attended Dixie College (now Dixie State University) in (year). On trips to southern Utah our family would stop to visit Dad’s brother (name) at the sheep ranch he ran near (city in southern Utah).

4. Due to my passion for the desert and my family connection to the open spaces in Southern Utah, I started attending meetings to learn about local and county planning shortly after moving to the area. In 2006, I attended a Washington County Habitat Advisory Committee meeting and first learned about the proposed northern corridor through Mojave Desert tortoise habitat in what was then the Red Cliffs Desert Reserve and which is now the Red Cliffs National Conservation Area (NCA). I also learned about the 2006 Land Bill sponsored by Senator Bob Bennett and Congressman Jim Matheson that would have allowed for the development of 25,000 acres in Washington County. I wanted to find a way to help stop this development, and protect the fragile desert ecosystem of Washington County. I attended the organizing rally in front of the Washington County Administration Building in 2006, which was the start of the formal group Conserve Southwest Utah (CSU). I became a member of CSU, and CSU gave me a way to engage in the issues I cared about and I have been a member ever since.

5. Over the past 10 years, as a member of CSU, I have spent hundreds of hours volunteering and working to protect and preserve the desert ecology in and around the Beaver Dam Wash NCA and the Red Cliffs NCA, including: being trained as a Wilderness Steward; helping with graffiti removal in 2015 and 2016 along Red Reef trail; planning and directing activity stations for 6th and 7th grade students at 2015, 2016 and 2017 Day in the Desert outings in the Red Cliffs NCA; removing tumbleweeds and other non-native invasive weeds at the Adams House in the Red Cliffs Recreation Area/ NCA in 2015 and 2016; pulling Russian thistle seedlings four times in prime tortoise habitat in the Red Cliffs NCA in the spring of 2016; helping with habitat restoration plantings in the Beaver Dam Wash and Red Cliffs NCAs in 2016; and organizing and participating in a spring 2017 litter cleanup along the Red Hills Parkway through the Red Cliffs NCA from the Pioneer Hills trailhead to the SR 18 interchange.

6. In addition to steward and educational engagement, I have attended the majority of monthly meetings of the Dixie Metropolitan Planning Organization Technical Advisory (DTAC) and Executive Committee (DTEC) meetings from September 2015 to the present to monitor the proposed northern corridor and other projects that may have adverse effects on the NCAs. I have also attended the majority of monthly meetings of the Washington County Habitat Conservation Advisory Committee from February 2015 to the present and I routinely monitor progress on buying and trading out private inholdings in the Red Cliffs Desert Reserve/NCA; renewal of the Habitat Conservation Plan; and to speak in favor of landscape conservation efforts to protect the natural ecology of the desert southwest and efforts to protect and preserve tortoise recovery and habitat; and to publically and actively oppose development proposals that could have adverse effects on tortoise recovery and habitat.

8. I live near the Halfway Wash Trail access in the Red Cliffs NCA and it has become my favorite trail and provides me a sense of peace on a daily basis. I view sunrise, sunset and gathering storms across this part of the Red Cliffs NCA from my house and yard. When I hike the loop I marvel at the contrast between the wild lands at my doorstep and the growing metropolitan area adjacent to them. I revel in the tranquility of the natural world and am grateful that it is so accessible. I also worry that this accessibility also means it is vulnerable to the pressures of the growing population and its overuse. Hiking on this trail in the Red Cliffs NCA brings respite from the stress of my job, and renews my resolve to continue working to protect this land. These protected public lands are an important part of my day-to-day well-being and contribute greatly to my quality of life.

9. I fear my interests in these areas will be adversely affected should the Northern Corridor Highway be built. The desert ecosystem is fragile. When the biocrust is disturbed, non-native invasive plants like cheatgrass and Russian thistle replace native plants. They displace forage used by Mojave Desert tortoise and related species and fill the voids between creosote bush and white bursage, drying out and accelerating the spread of wildfires. Wildfires were historically a rare occurrence in the Mojave Desert because native plants were widely distributed with voids between them that acted as natural firebreaks. I have seen the devastating effects of the wildfires that swept through nearby tortoise habitat in 2004 and 2005. Invasive weeds have spread and choked out more native vegetation. Bits of adult tortoise carapaces litter the landscape. Attempts to restore this ecosystem by reseeding have failed. The lesson here is that habitat protected from development is habitat spared. People are affected by desert ecosystem disruption as much as the creatures that inhabit the desert. When the biocrusts are disturbed no longer hold down dust, spores of the fungus Coccidioides that cause the deadly respiratory disease known as Valley Fever become airborne. When native vegetation is disturbed and natural infiltration basins and broad desert washes are altered, storm water from flash floods destroy buildings and infrastructure and kill people. I am concerned about the effects of development in the Red Cliffs NCA not only because I love this land, but as a (job) who cares about the future of the community in which I live and knows what happens when we do not design with nature.

10. What is now the Red Hills Parkway was popularly known as Turtle Road when the Red Cliffs NCA was designated because it bisects prime tortoise habitat in the Red Cliffs Desert Reserve north of the Red Hills Golf Course. The highway was widened and improved after the NCA was designated and officially renamed Red Hills Parkway, with the speed limit raised from 40 miles an hour to 50. The Red Hills Parkway offers me a glimpse of the impacts of what would happen if the northern corridor was granted and a highway was developed. Every time I see roadkill deer and small game on and along the Red Hills Parkway I worry that they suffered and hope they were killed instantly. When I see litter from vehicles traveling along the Parkway scattered into the NCA as far as the eye can see, I am dismayed at the visual pollution and the potential adverse effects some of the discarded items may have on wildlife. Although the Red Hills Parkway has made efforts to allow tortoises to get to traditional forage, breeding and nesting grounds through “underpasses,” these underpasses are not effective. Video cameras show that some tortoises rest in the shade at the ends of tunnels, but only one has gone through a tunnel, and that took an hour. Instead, the tortoises are observed pacing the fence lines along the parkway trying to find ways to get to places that are cut off by the highway. I fear that these same problems will occur in areas I enjoy visiting should the northern corridor be granted and a highway be built through prime tortoise habitat to connect Washington Parkway with Red Hills Parkway.

11. I also worry that wildfire potential would increase in the NCA from delaminating steel-belted tires, discarded cigarette butts, heat from catalytic converters, and sparks from dragging safety chains. The work I have done for and with CSU to reduce litter, wildfire, and habitat loss would be undone by the development of another highway. The gains in habitat restoration and protection of the Mojave Desert tortoise would be lost. Encroachment into the Red Cliffs NCA would set a terrible precedent for the entire system of National Conservation Lands.

12. If Washington County is successful I will personally feel a sense of loss and anger. As a member of CSU I will feel defeated. This organization is based on the premise that citizen engagement means something and can make a difference. It will greatly affect how I see myself as a member of CSU.

13. Through this NCA, I found a place in the world that makes sense to me. Pragmatic compromise has led to the creation of NCAs that protect places on this planet truly worthy of protection. I live in St. George because of these special places. If Washington County is successful in revising the RMP to include more roads and other development with these areas, my connection to the Red Cliffs NCA will never be the same because the effects of those developments will be long-lasting. I will feel a sense of personal violation when I see harm done to the wild places, plants and animals I learned to love and cherish over the years as a visitor, a student and now as a fulltime resident of Washington County. I want to hike, meditate, commune with nature in places free from pollution, lights, noise, litter, and off-highway vehicles. I need the beauty, wonder and risk of wild places and creatures, to feel more whole and human. They rejuvenate me and keep me humble, thankful, and alive.

14. Now drop in the “substantive” bullet points found at this link.

15. You’re done! Email your comment to sarah@conserveswu.org and stay tuned for news on when and how to submit to BLM.